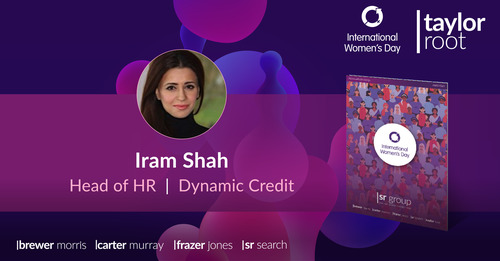 What impact could Kamala Harris’ appointment to Vice President have on the next generation of female leaders?
Kamala Harris’ appointment shows young girls, especially girls of colour, that they belong in the highest positions of any institution. When we see ourselves and our experiences reflected in public figures, it makes us feel like we can achieve what they have and it encourages us to work harder to go after even the most seemingly out-of-reach goals. As the saying goes, you can’t be what you can’t see — I am conscious of this on a political and professional level, but this also resonates with me on a personal level. I am the mother to a daughter who is growing up as a South Asian girl in a European city. On top of this, I made a conscious choice to put her in a school with an outstanding academic profile because, to me, education is valuable beyond estimation. It is something no one can take away from you. This means that most of my daughter’s peers are white, middle-class students but she can now look to figures like Harris to feel represented. She can look to her mother and her aunts who are in established roles, but she can also glance out into the wider world and know that one of the highest-ranking roles in the so-called Western world belongs to a Black and Asian daughter of immigrants. I hope this, along with countless other examples of strong women, will show her that with the right work ethic, boundaries can be crossed and limitations can be overcome.

What is one thing women don’t talk about enough?
I’d like to see more women discussing the lack of gender parity in leadership positions. It is not enough to simply recruit more women within a company, these individuals need to be progressing into leadership roles and being promoted to the same extent as their male counterparts. After 18 years of professional experience within the finance industry, I have never seen so many strategic objectives to facilitate real change and develop Diversity and Equality plans as I do now but the reality is that there is still a huge inequality within leadership roles that must be tackled. Change has arrived, it is a step in the right direction but this is just a starting point. I believe that women bring a unique skillset to these senior positions. There is a need for more empathetic leadership, managers who don’t simply organise their employees but are also attuned to how people are feeling, as well as what motivates and brings out the best in them. I believe women, especially mothers, develop an ability to lead with empathy and can identify the needs of others.

What are you really, really good at?
I would say my strongest asset is my emotional intelligence and ability to connect with people. Communication defines how people interact with you. It’s how to ensure that people leave your company feeling energised rather than drained, motivated rather than disinterested. In my line of work, where the news I’m delivering to colleagues isn’t always going to be positive, what I can control is the way I deliver these messages and support people on an emotional and respectful level. I’ve found that it really leaves a lasting impact on people. I also think this skill brings balance to the senior management groups that I have been a part of, which have a tendency to focus more on productivity and results. They often forget to deal with the human side of things and the process itself in an empathetic way.