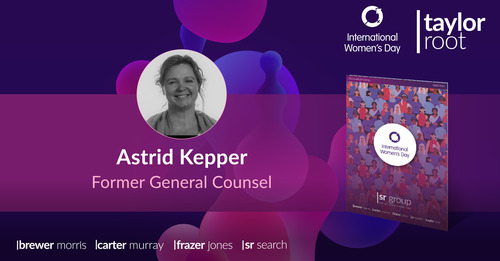 What is one lesson you learnt the hard way?

One lesson I learned the hard way is that keeping your head down, working hard, and assuming that somebody will be noticing your hard work, is probably not the best way to get ahead in your career. Your manager might very well be quite busy with his/her own responsibilities beside managing the team, so if you are functioning as expected there will not be a lot of focus on you. The uncomfortable truth is that if you want your manager and your team to be aware of what you are good at and what your accomplishments are, you most likely will need to bring it up yourself. And akin to that, if you want to be considered for a promotion or a certain project, you will most likely need to ask yourself to be considered. Others might assume that you are not interested in the promotion or project as this will increase your workload or responsibilities. In my experience these incorrect assumptions are even more likely if you are a woman who besides her career is also raising a family. Of course it might feel a bit uncomfortable, the first time you bring attention to your accomplishments or when you ask to be considered for a promotion (at least that is how I felt). However, it gets easier over time. And if you don’t start doing some self-promotion at some point, you will start to notice that the promotions or the projects will end up with somebody else, who was more “top of mind” with your manager when it came to deciding on the matter.

What is your next goal or adventure?

At this moment I am looking for a new adventure as General Counsel, preferably for a young new, or not so new but growing business expanding in the Netherlands, where I can use all my team player and management qualities as well as my sharp legal brain to help the business move forward!

Why is it important that we “choose to challenge” and call out gender bias, discrimination and stereotyping?

It is very important that we keep “choosing to challenge”. A lot of times people are not aware of their own bias, and they might be making (incorrect) assumptions with the best intentions. A gender bias example from my own past is that I got complimented - by a distant colleague I followed a course with at the office - for being able to successfully pull off a fulltime job while raising 3 children. I accepted the compliment without thinking much and then thought wait, what??? I pointed out that he himself had 4 children and a full time job, and asked if anybody had ever complimented him with that accomplishment or if he had ever wanted to compliment a man with this. I then explained to him that his comment (although clearly intended as a compliment) was really just based on the bias that a woman in some way is considered less able to combine the both (and therefore is to be specifically applauded and - how I felt: patted on the head - when she succeeds). I wish I could say that this ended in him fully understanding the bias and agreeing that this was really not a compliment as apparently I was held to a lower standard then the men, but it did not. But I am still hopeful that every time bias is challenged this will make some small difference in just a few people, and this will end up making a difference.